Whether a misdemeanor or a felony, any criminal charge is serious, and can have long-lasting consequences. If you have been charged with a criminal offense of any type, Ryan can help. As a former Assistant District Attorney he has handled a wide variety of both misdemeanor and higher level criminal offenses.

While in the Mecklenburg County District Attorney’s Office, he spent nearly three years on the Felony Drug Prosecution Team, where he worked exclusively on Felony (and associated misdemeanor) drug crimes. 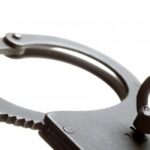 He personally evaluated and prosecuted hundreds of felony drug crimes involving marijuana, cocaine, heroin, MDMA, prescription drugs such as Hydrocodone and Oxycodone, and other illegal narcotics. In Superior Court, Ryan has taken serious felony drug cases to trial with success, including simple possession charges, to undercover drug operations, to sophisticated drug trafficking cases. His years of experience on the Felony Drug Team give Ryan a unique insight into drug cases. He understands their strengths and weaknesses and will be able to skillfully evaluate the evidence in your case.

After working on the Felony Drug Team, Ryan moved to the Habitual Felon Team where he focused on those who qualified for Habitual Felon Status. During this time, Ryan prosecuted and successfully tried all varieties of serious felony cases in Superior Court in front of Mecklenburg County Juries, including Felony drug offenses, Felony Breaking/Entering, Felony Larceny, Sex Offender violations, and others. If you are facing a criminal charge, it is well worth your time to speak with an experienced criminal defense attorney. Call for a free consultation.