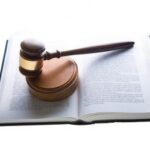 A conviction for Driving While Impaired in North Carolina can carry serious consequences. The best case scenario for someone convicted of a DWI will be court costs and fines, a suspended jail sentence, and probation with community service requirements. On the other end of the spectrum there is the possibility of up to 24 months active jail time depending on “aggravating” and “grossly aggravating” sentencing factors, discussed below.

Sentencing for a DWI in North Carolina is technical, unique, and it works differently than sentencing for other types of misdemeanors or felonies. If you are facing a DWI, it is worth your time to speak with an experienced DWI defense attorney

Grossly Aggravating Factors include the following: