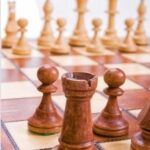 The law surrounding DWI cases is complex and technical. An experienced DWI defense attorney must evaluate whether the police acted in accordance with rights guaranteed by the Constitution, whether police followed standards and procedures spelled out in the North Carolina General Statutes, and finally, how recent case law decisions interpret Constitutional and Statutory rights and procedures. In terms of evaluating possible defenses, there are four main areas to consider:

Was there a valid stop of your vehicle?

This is the first consideration and question to ask when evaluating a DWI case. If the case begins with a traffic stop, the police must have had at least “reasonable suspicion” that you committed a traffic violation or other crime. For example, if you were stopped for an infraction such as an “unsafe movement,” we would investigate what exactly constituted that violation and whether it was truly a valid reason for the stop of your vehicle.

DWI checkpoints are also common in many districts. If you were stopped at a checkpoint, did the police follow the required policies and procedures in setting up and executing the checkpoint?

Did the police have “probable cause” to make an arrest for DWI?

If there was a valid reason for the stop of your vehicle, or if you were stopped at a checkpoint that was set-up and administered correctly, the next question to ask is whether the police had probable cause to make an arrest for DWI.

Although the majority of DWI cases originate with one of three main scenarios – a traffic stop, an officer responding to an accident, or a checkpoint – every DWI case is still factually unique.

When considering probable cause for a DWI case, you must look to the “totality of the circumstances.” As someone who has reviewed and prosecuted hundreds of factually unique DWI cases for the State, Ryan will evaluate your entire case, including:

Interviewing the officers involved in the case in court,
Reviewing all of the officer’s paperwork and whether it is consistent with what testimony they would give and any other notes they might have,
Reviewing the DMVR (Digital Motor Vehicle Recording) of the DWI Stop and Arrest, if one exists, and
Evaluating any SFSTs (Standard Field Sobriety Tests) that may have been done on the scene.

If a breath test was done, was it performed in accordance with statutory requirements?

Just because a breath test was performed does not mean that the result of that test is automatically admissible as evidence against you in court. The test must have been performed in accordance with North Carolina statutory requirements. One of the main statutes that must be considered is North Carolina General Statute 20-139.1, which establishes procedures for the admissibility of chemical analyses that must be followed.

If a test was performed in violation of these retirements then the result(s) may not be admissible as evidence of impairment.

The fourth main area of concern from a defense standpoint is whether the actual arrest processing and post-arrest release procedures were performed correctly.

North Carolina General Statutes 20-38.3-.5 set forth certain duties that the police, magistrates, and jail personnel must fulfill to ensure the arrest and post-arrest procedures are done according to the law.

If for example, you were never informed of your right to have friends or family members come to observe your condition this could be a violation of 20-38 and other case law. Another example of a possible violation would be if you were held in custody much longer than necessary after meeting your conditions of release, and as a result of this you were unable to obtain independent evidence in your defense.